The store will not work correctly in the case when cookies are disabled.

The Hoodie: A not so modern classic

The hoodie is a garment that has a modern history going back around eighty years, but has its design roots in medieval Europe, when monks favoured a cowl-type hood attached to a tunic or robe.

The contemporary hoodie first emerged as a functional item of workwear in the US in the 1930s, where it was used to insulate workers from the chilling temperatures of upstate New York.

The term ‘hoodie’ was not officially coined until the 1990s, but it was two decades earlier when high fashion and street culture collided to popularise the design. Sylvester Stallone famously donned the hoodie as an item of training wear in the 1976 film Rocky.

Later, leading designers such as Norman Kamali produced their own interpretations of the classic garment, whilst it became somewhat of a uniform amongst the youth and in hip hop and skate culture specifically. Tommy Hilfiger, Ralph Lauren and others incorporated the hoodie into their collections and it was around this time that the fad for collegiate branding first took off.

Whilst the hoodie has had negative associations in recent years, and is seen by some as an icon of youthful rebellion, it remains very much an essential and workwear and leisure wear design, at home as much on the skate park as it is on the construction site. Simplicity, practicality and functionality will ensure that this sometimes controversial garment will be around for many years to come.

Howsafe’s hoodie range is available with embroidery and printing. 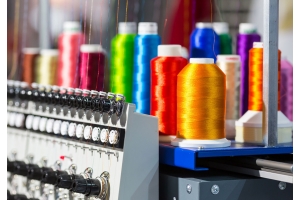